Storm Weather around the World 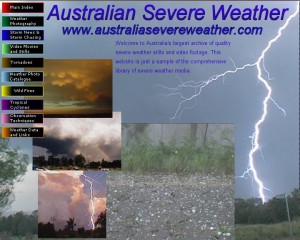 Has storm chasing and the competitiveness gone too far?

Recently, some aspects of storm chaser ethics have been tested and questioned with chasing groups willing to get too close in extremely dangerous situations. Unfortunately, the deaths of Tim Samaras, his son and co-partner as well as other chasers have not had any impact on some of this activity and in 2014 we saw some more close calls with chasing tours being caught out in a tornado, chasers desperately trying to escape a tornado with power poles falling down and one chaser being struck by lightning. Tim Samaras was aiming at launching probes into tornadoes in the name of research.

Storm chasing began in the 1960's and slowly increased in popularity across the Great Plains - first due to a series of documentaries but rapidly increased in popularity with the arrival of the internet. Then during 1996 - the movie Twister hit the movie theatres! This sent a mad rush of storm chasers across Tornado Alley equipped with sophisticated gear for measuring winds and other atmospheric parameters. Storm chasing steadily increased as more and more documentaries and tourism were established.

Facebook and the introduction of other social media has set the latest trend of live or near live storm chasing images and videos, of supercells and tornadoes to be observed by anyone around the world. Has this meant that chasing has clogged up the roads and set the scene for disaster waiting to happen? This certainly was the case in the deaths of Tim Samaras and other storm chasers. Near misses have followed… Is it a matter of time?

Storm Weather around the ... Storm Weather and Storm Chasing     Has storm chasing and the competitiveness gone too far? This website aims to discuss various aspects of severe weather events particularly storm
Acceptance of Storm Chasi...       Storm chasing is also comparitively new in Australia. Initial public perception and acceptance of storm chasing in hind sight was predicable. Consider what you
Is storm chasing dangerou... Just like other ‘dangerous or risky activities or sports’, the danger is always part of that risk assessment. You know what to expect and so long as
Web Hosting from $4.95
Small Business Hosting Specialists, 24/7 Australian Phone Support